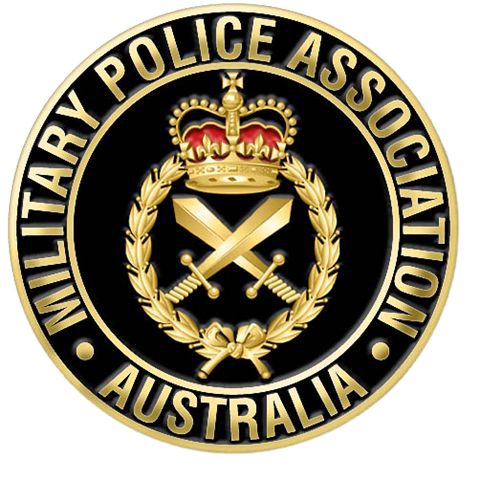 The Military Police Association of Australia

Military associations have been established for many years and were formed to provide a continuation of the comradeship that is developed through military service. They are able to facilitate social activities and provide welfare support to members and thier families in times of need.

The Military Police Association of Australia (MPAA) is a unique organisation. It was formed in 2004 as a National organisation open to ordinary membership for all ranks, including current and former serving members of the Royal Australian Corps of Military Police (RACMP) both part and full time. This was the first time a corps military association had opened its membership to both current and former serving members.

The success of the MPAA is derived from the comraderie between our current and formering serving members. The Assocation relies on the talents, energy and experience of its committee and members to enable it to function.

The MPAA is represented on the RACMP Corps Executive by the Colonel Commandant RACMP, which enables involvement and input in significant Corps activities and events

About the Royal Australian Corps of Military Police

The Royal Australian Corps of Military Police is to provide an essential element of command and control through law enforcement, military discipline, civilian law, mobility and manoeuvre support, security and the operation of internment and detention centres.

The Royal Australian Corps of Military Police (RACMP) is a small, highly trained and professional corps providing command support and police support to the Army and the Australian Defence Force in peace, crisis and conflict on any operation, anywhere in the world.

Military police personnel provide commanders with an essential element of command and control through the application of the four main military police functions of law enforcement, mobility and manoeuvre support, security, and internment and detention operations.

The military police law enforcement role is a critical component of the Military Justice System, which is intended to maintain military effectiveness and to maintain the reputation of Army. This law enforcement function is provided in both Australia and overseas. In Australia, a specific military police anit called the Domestic Policing Unit (DPU) operates within Army bases and is responsible for garrison policing and the conduct of minor criminal investigations. Military police support their commanders by ensuring that the military adhere to defence and civilian laws, conventions, policies and directives.

While on operations the 1st Military Police Battalion (1 MP Bn) provides law enforcement and administers applicable international civilian law. Military police may also be tasked to assist in the establishment, enhancement or re-establishment of civilian laws and/or judicial systems.

On the battlefield, military police provide commanders with an essential element of mobility and manoeuvre support, conducting route reconnaissance, route signing, controlling and monitoring traffic, enforcing traffic regulations and movement priority, controlling military stragglers and the movement of the civilian population. Military police provide support to logistic operations and provide physical and personal security. Military police are responsible for the internment and detention of captured persons including their collection, processing and registration in accordance with international, host nation, national and command conventions and requirements.

The Royal Australian Corps of Military Police motto is ‘For the troops, with the troops’.